This year’s Organic September promises to be bigger than ever. Run by the Soil Association, the annual campaign aims to encourage producers, retailers and consumers to adopt a more eco-conscious mindset and ‘go organic’.

This year’s campaign is about getting more people to understand why supporting organic farming practices is so important.

Throughout Organic September, champion the importance of organic produce, and spread the word to your friends and family. By helping to raise awareness, you can drum up more support for the organic movement.

Read on to understand organic farming practices, our top 5 reasons to switch and how you can get involved in the Soil Association’s Organic September campaign.

What does organic mean?

It’s a word that we hear a lot around food, but what does the term organic mean?

To be classed as organic, produce needs to be grown according to strict standards set out by the relevant governing bodies such as the Organic EU or the Soil Association. In fact, the Soil Association certifies more than 70% of the UK’s organic food.

The difference between ‘organic’ and ‘natural’ produce is one of the legislation – to receive organic certification, the products need to be surveyed and granted approval by an independent certifier. It is a legally protected term, which is highly regulated.

To be approved as organic, a minimum of 95% of the food’s composite ingredients must achieve organic standards.

– Limited use of harmful, chemical pesticides – including the banning of weedkillers. Producers are only allowed to use natural pesticides (such as clove oil). Even these are only permitted in a small number of particular situations.

– The banning of artificial fertilisers – soils are kept healthy and fertile naturally.

– The strict banning of genetic modification. Including in any animal feed.

– Animal welfare is a top priority. The certification from Soil Association holds the highest farming welfare standards in the UK.

– The treatment of animals is closely monitored to ensure that they are treated with dignity and care.

– Animals have plenty of space in free-range conditions.

– Organic certifiers work closely with producers who want to adopt their methods and achieve this certification. These experts advise the producers and recommend critical areas for change to attain this top standard. 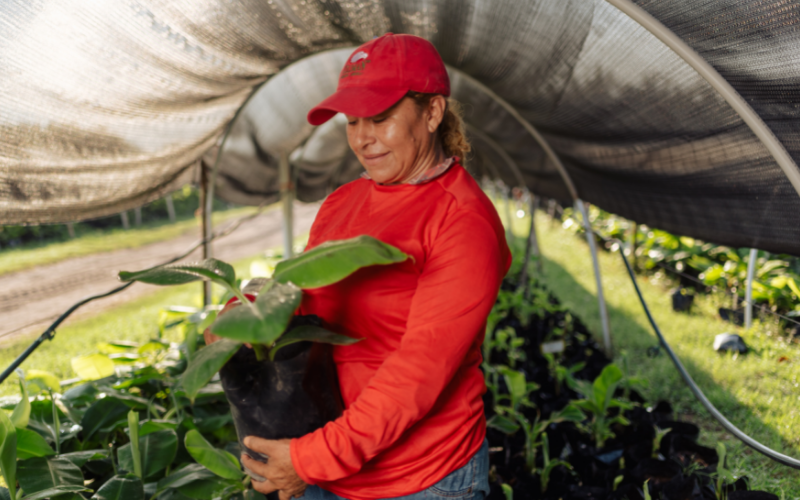 There’s a lot that goes into achieving an organic label. Every element of the production process is carefully analysed to ensure that it reaches the very highest environmentally friendly practices.

When you choose to support organic producers, you use your consumer power to promote this fantastic, ethical way of farming.

These foods may seem like they cost more than their non-organic alternatives but consider the value of food supply and the quality of nutrients.

To give you a sense of the power of organic, here are five of our top reasons to support this production method.

Forbidding the use of chemical pesticides has a hugely positive impact on the planet.

Artificial pesticides are one of the main threats contributing to the current biodiversity crisis.

When they are allowed to seep into oceans or lakes, these pesticides set off a chain of reactions, resulting in ‘dead zones. In these areas, the oxygen has been used up in the water, which forces marine life in that area to vacate it. As a result, the area rapidly becomes void of natural life.

The National Ocean Service has a fantastic guide to dead zones and their impact on its website. We would highly recommend that you have a read if you’d like to find out more.

#2 You can protect animals from cruelty

Organic produce bans the use of practices like routine antibiotics, castration or mutilation. It also ensures that the animals have plenty of outdoor space to roam around in and a healthy, high quality and nutritious diet.

As such, shopping organic is a fantastic way to help protect the welfare of farmed animals.

According to Soil Association, organic farms are home to 50% more bees and butterflies than non-organic farms.

#4 You can help to tackle climate change

We all know the importance, but few know just how much organic produce can help us achieve this global goal.

As part of its Organic September campaign, Soil Association released a staggering statistic: if all of Europe’s farmers adhered to organic production standards, the emissions caused by the agricultural sector would reduce by 40% by 2050.

That’s a huge impact, and by supporting the work of organic farms, you can encourage more producers to make the swap.

Searching for food with the organic label will ensure that your family enjoys tasty, nutritious and healthy meals.

In short, organic farming is the very best internationally recognised, legally regulated production system in existence. These forward-thinking organisations and producers are doing brilliant things not just for the planet, for the animals, biodiversity and their consumers, too.

If you’re an individual shopper or buying on behalf of a business, use as much organic produce as possible. Then, spread the word about what you’re doing. If you’re a producer, get in touch with an organic certification provider, like Soil Association, and determine how to earn the organic label.

Check out Soil Association’s Take Action page to find out more about how you can take part.

We are immensely proud to include organic produce in our range.